Railway update is EVERYWHERE during these two months, with the helps by a few active partners from around the world!

First, with the help by one of our partners from Hong Kong - BingXuan, the Wild West area is now being developed in a really fast pace. Look at this route map, where all of the routes were just built within 4 months! 😍 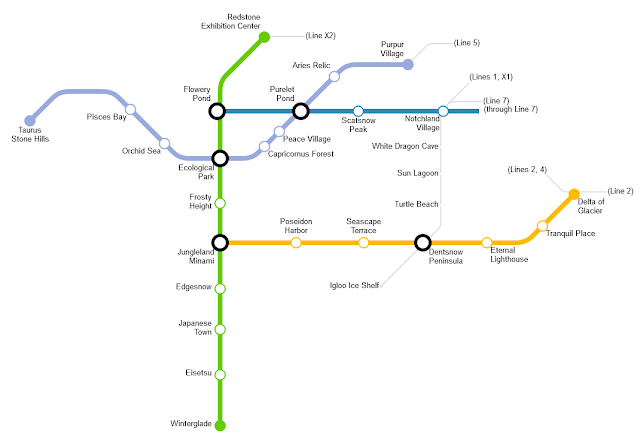 Not only BingXuan. Many existing railway lines of FlashTeens routes got extended, too! Without the help by Natsuha (from Kaohsiung, Taiwan), they couldn't be extended in such a fast way!
(solid-colored lines indicate the new routes added during these 2 months) 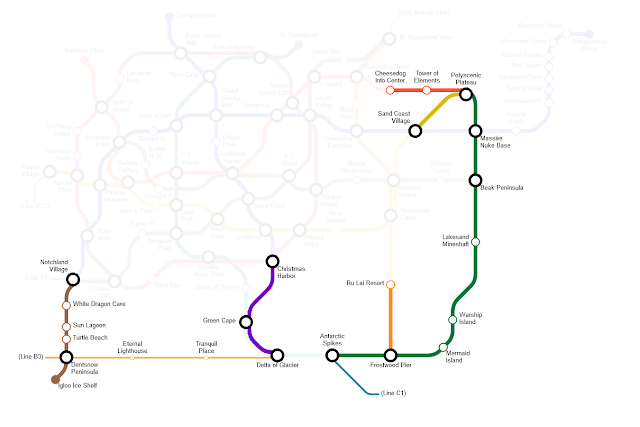 Have you just seen another new route "Line C1"? It's a new express railway line built by another new partner from Sweden, "ILoveCakes ILC/A" (a.k.a. ILC).

Besides, Singaporean Minecrafters ZymSB and Bluetails did help on some buildings such as Candy Mall, as well as a secret railway line in the End Dimension. Be sure to also check them out! 😉


In this update, I've also built a new tower on the east extension of Line 3 - Tower of Elements, named after the classical five elements in the Chinese culture. (See on the post on Facebook for more screenshots) 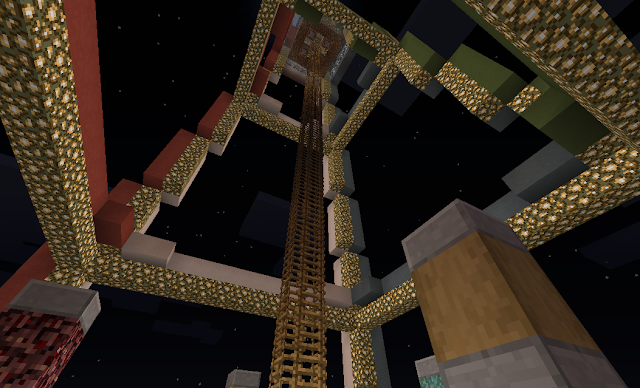 🎄 MERRY CHRISTMAS! 🎄
(BTW, another subway extension from Christmas Harbor is out! Let's also check it out~ 😎)
Posted by FlashTeens at 15:55