After one and a half months, another HUGE update is finally out!

In this update, several subway lines are added or extended, including the extension of the existing Wharf Branch Line and two additional new branch lines!

Besides, in order to celebrate the upcoming Universiade Taipei 2017, a new subway line, the Universiade Branch Line, is named after the event, and a large baseball field is even built right next to the subway route! 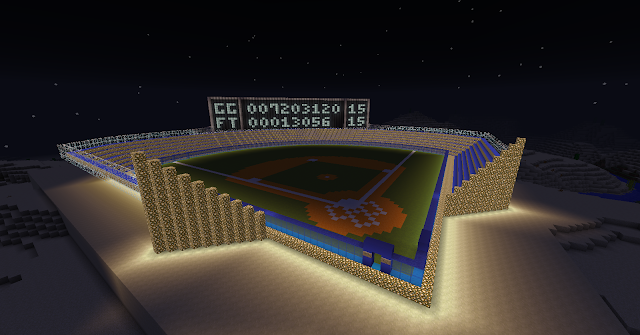 New railway mechanisms such as platform gates and level crossings are newly invented. Sounds cool? Let's try them by downloading this map on PlanetMinecraft! :D
Posted by FlashTeens at 20:26 No comments: