What an INSANE update, where THREE new subway lines (6, 7, and Wharf) are added in a SINGLE update!!!

Now this map already supports Minecraft 1.12, and here's what the subway system looks like in the route map (or see here for the in-game version): 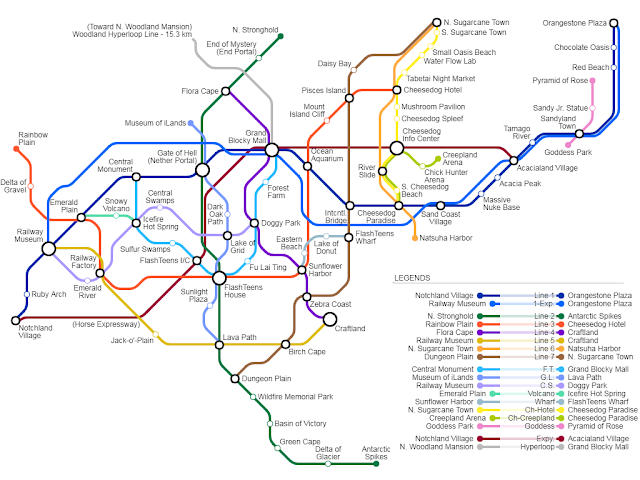 In addition, 29 new arrival songs are added for new transfer station, more than the half of total songs (54) contained in the whole previous map. Now, there are already 83 songs in total. Enjoy with these new songs in the large subway system with 75 stations!

For more information about this update, see also on the History page on this blog. Thank you.
Posted by FlashTeens at 23:23 No comments: